The challenges and opportunities ahead for FBA aggregators 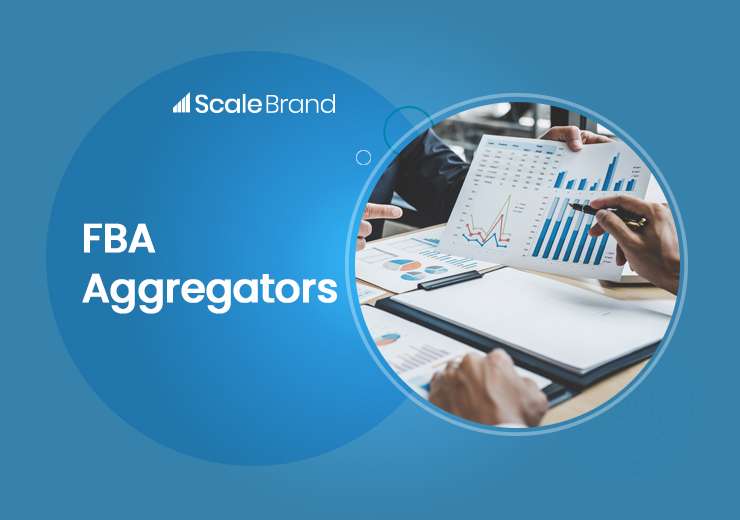 FBA stands for Fulfilment by Amazon, which has opened new ways for Amazon sellers who had difficulties storing and shipping their products. An FBA private label product is manufactured by a third party and is solely under the brand name at Amazon. Currently, many businesses are operating under FBA, and the demand for this service is increasing intensively. It has raised the interest of the FBA aggregators, aka acquirers or roll-ups, to buy the FBA private labels.

According to Marketplace Pulse, the competition is intensifying for acquiring Amazon’s marketplace sellers, with top aggregators investing millions in the investment in profitable businesses. Some statistics include the earning of 100 million dollars by Thrasio in April 2020 while Perch gets $8 million while acquiring the Amazon brand. Thrasio again made $260 million in July and reached the uniform status by over $1 billion valuations. In May 2021, a Berlin Razor group earned $400 million, and Perch raised $775 million while buying the Amazon sellers. Similarly, there are many success stories among the Amazon aggregators which can be seen. 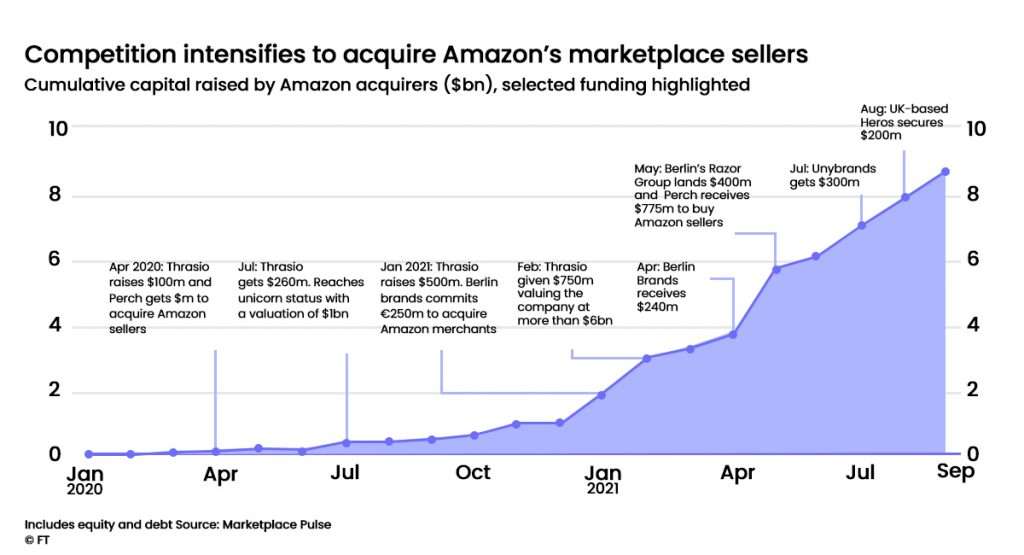 There is no right estimate on how much the average FBA seller earns. A report by Jungle Scout in 2021 showed that an average seller who has been selling in the market for less than two years earns over $42,000 at Amazon. The report also revealed that 70% of the Amazon sellers make at least $1,000 every month. Since most of the businesses on Amazon have shifted to FBA accounts, this shows that FBA aggregators can expect large profits from acquiring the FBA business.

According to PickFu, most Amazon sellers never breach $100,000 in lifetime sales. It includes over 57% of the businesses. It is because it requires the resources and capabilities to reach this stage. It makes selling the FBA business to FBA aggregators more appealing. Thus, FBA aggregators need to use this fear to acquire the business which they perceive will have more success in the future.

Amazon is a very profitable platform for aggregators to invest in, in general as well. It is because, according to a report by eMarketer, more than 50% of US consumers go to Amazon at first while they start shopping for an online product. It means that FBA aggregators can make a lot of money with this platform.

One can say that the brand can maximize the profit if the business makes high sales at a reduced cost. In this case, aggregators need to understand how owning the FBA business can help them in minimizing their expenses by improving their cost structure. Amazon FBA sellers take the services of Amazon by sending their products to the Amazon fulfillment center. Amazon stores the product and takes care of the packaging, shipment, and delivery to the customer.

As Amazon aggregators acquire the brands and manage multiple businesses simultaneously, an FBA model can help them deploy the economies of scale by making the cheaper per business investment as they do not have to manage the inventory, deliveries, and packaging. Thus, owning an FBA business not only helps in saving the cost but also reduces the effort made by the aggregators in managing the operations of the new business,

There is good market competition in the FBA market, but this is not a challenge for the aggregators. It is because the aggregators can search the competitors in the market and look for new ways to serve the customers better.

Alongside the business opportunities that come with the FBA aggregation, there are also a series of challenges for the aggregators, which have been discussed in the following sections.

The biggest challenge for the FBA aggregators is the oversaturation in the market. Many aggregator companies are investing in Amazon marketing and advertising. They can eventually outprice the mom-and-pop seller, which can bankrupt each other. The aggregators should understand such factors to keep an eye on their competitors to succeed in the market.

In addition, it can also be said that there is also high saturation in the FBA market. There are 57% of the businesses on Amazon working on the FBA only business model as the data of Jungle Scout. However, after the pandemic, when the Amazon warehouses had limitations, some businesses also shifted towards the FBM model. 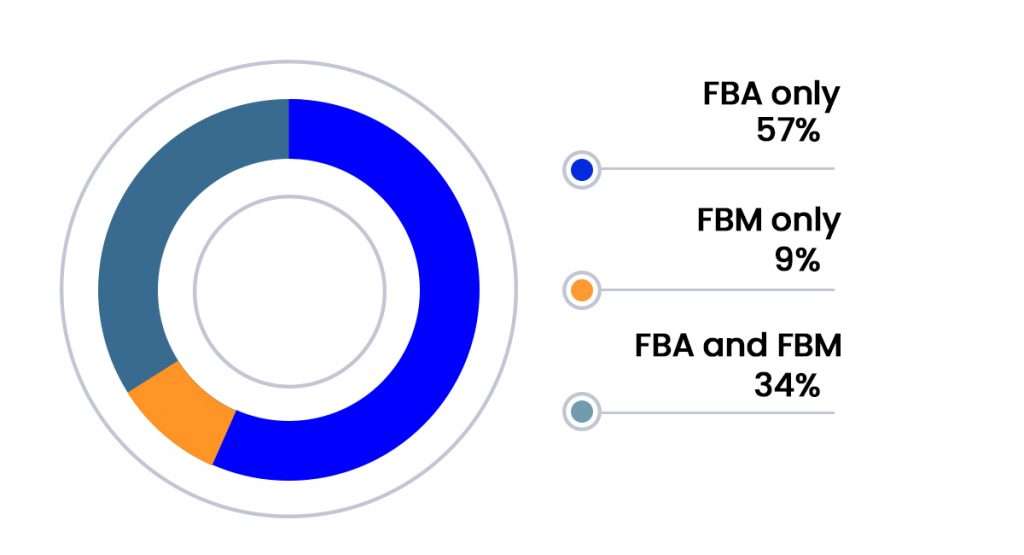 Still, due to high sellers in the FBA market, it isn’t easy to get the cost leadership. It means that FBA aggregators still need to invest heavily in forming successful business strategies.

The aggregators might also struggle to improve the business position concerning Amazon’s Best Seller Rank (BSR). It can be because, in the beginning, there is a lot to learn about the new business due to the complex processes of marketing, product sourcing, logistics, and much more. It can also cause businesses to slow down initially and reduce sales. The aggregators need to ensure the supply chain continuity during this entire process.

The company also needs to make sure that the acquired brand is abiding by the terms and conditions of Amazon. It can also be a time-consuming process when many consultants gather to evaluate the company’s practices concerning the regulations of Amazon. Thus, the post-acquisition process can be time-consuming and challenging for the aggregators.

If the company’s existing system cannot keep up with the rapidly growing operations, it can result in bottlenecks. The systems need to support the processing of the large volume and should be compatible with the strategies of the FBA aggregator. If the scaling of operations is challenging, it can result in quick failure in the market with an intense rivalry.

Search posts
Categories
Recent posts
How we can help you?